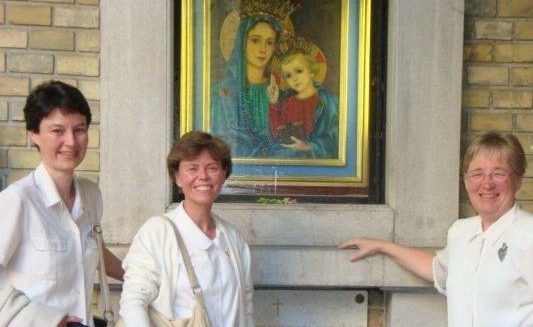 Our Society, originally founded in Hungary in 1940, was forced to flee the country in 1949-50 due to the communist persecution of the Church and suppression of freedom. Eventually in 1956 Sister Ida and the young community settled in Los Angeles, CA.

In 1992, after the collapse of communism, we opened a Sacred Heart Convent and a Catechetical Center in the Archdiocese of Esztergom-Budapest. The work of our Sisters extends nationwide and also reaches out to neighboring countries through:
– catechist formation
– catechumenate
– sacramental preparation
– Sacred Heart Kids’ Club
– leadership retreats
– family retreat camp
– children’s camps
– family catechises
– Religious Education Congresses and workshops