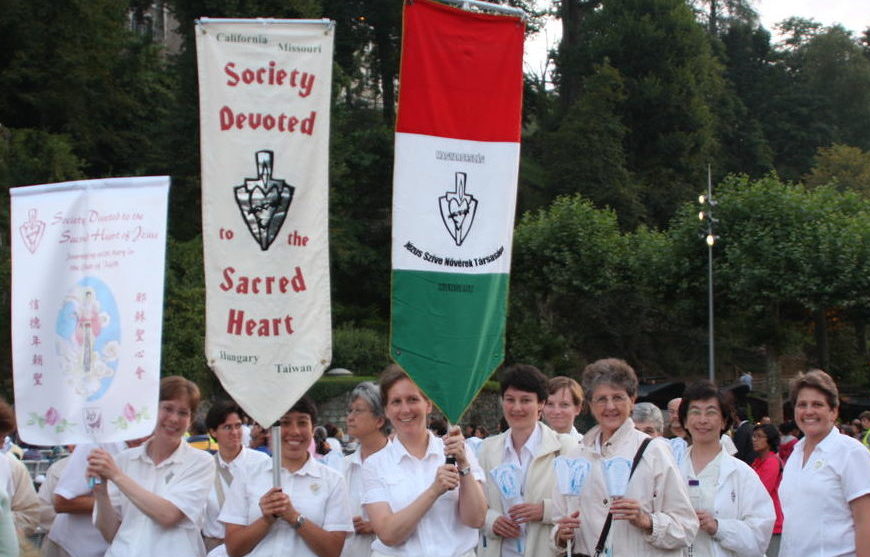 Mission in Taiwan and in Asia

In October 1985 three of our Sisters opened our first overseas foundation in Taipei, Taiwan.  Our Sisters continue our Joyful Apostolate of Evangelization and Catechesis in their varied works throughout the Archdiocese and surrounding dioceses and countries, including Hong Kong, the Philippines, Singapore and Malaysia.

Two of our Sisters are medical doctors working at Cardinal Tien Medical Center in Taipei. Their contact with patients is a significant pre-evangelization work and is the source of many conversions. Two of our Sisters direct the Taipei Archdiocesan Catechetical Center and conduct Catechist Formation Courses throughout Taiwan as well as Family Retreats and Youth Camps in the Archdiocese of Taipei.

Click picture logos to visit our Sisters’ works in Taiwan:

Our Society, originally founded in Hungary in 1940, was forced to flee the country in 1949-50 due to the communist persecution of the Church and suppression of freedom. Eventually in 1956 Sister Ida and the young community settled in Los Angeles, CA.

In 1992, after the collapse of communism, we opened a Sacred Heart Convent and a Catechetical Center in the Archdiocese of Esztergom-Budapest. The work of our Sisters extends nationwide and also reaches out to neighboring countries through catechist formation, Religious Education Congresses and workshops, leadership retreats, family retreat camps and children’s camps.