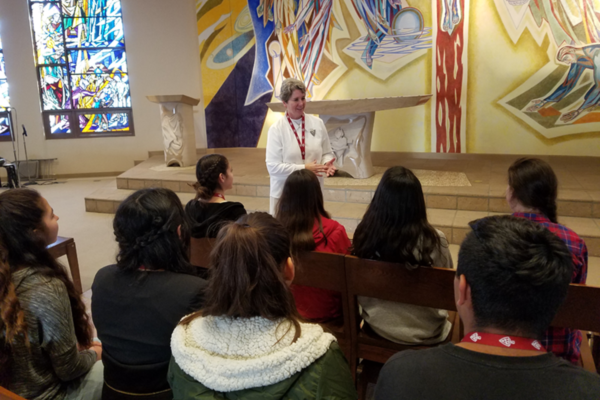 “Do You Believe in God?”

“Do You Believe in God?”

We witness so many gifts from God on the retreats here at the Heart of Jesus Retreat Center. Here is one that just recently happened after a group of teens renewed their Baptismal Promises:

One young woman stayed behind, and had a rather worried look on her face.

She shared that she had not responded “I do” to one of the questions in the baptismal renewal.  She explained that she had been struggling to believe in God; she prayed for some situations and did not see God’s answer, so she believed that God did not exist.  However, she said she realized that she had just encountered Him during the retreat.  With tears in her eyes she responded she would like to renew the promises one more time. She answered “yes” to each of the questions and then happily re-joined the group.  The rest of the day she was peaceful, smiling and engaged. Thank you, God, for every heart you touch!